Human-Animal Bond-Why It Is Important To Keep Pets And People Together?

Human-Animal Bond-Why It Is Important To Keep Pets And People Together?

The Human-Animal bond dates back more than fifteen thousand years ago. While the bond seems to have no end and continues to grow, the homeless – who are unsafe from the biased assertions of typical humans on the streets, benefit most from the companionship of these animals.

The Human-Animal Bond Research Institute described the concept of the human-animal bond as a mutually beneficial and dynamic relationship between people and animals, which is inspired by behaviors that are fundamental to their health and well-being. Even though human interaction with animals was first centered on getting animal products such as meat, hide, skin, dung, and bones, over time, human coexistence with these animals led to the beginning of their domestication.

The inception of domestication established new roles for animals beyond sustenance. That’s where dogs come in – known to be the earliest domesticated animals. Hunter-gatherer societies also used them for hunting and catching prey.

The propagation of domesticating animals changed the usual perception of animal roles from being utility-based to companionship, hence, the idea behind the concept of pets. Pets are not for food sources primarily, but yet, they provide companionship and pleasure. It’s the companionship that nurtures attachment, enabling an innate human craving to bond – accounting for why pets exhibit stronger attachments to their owners and often experience separation anxiety when they get separated from their owners.

Fascinating to you, right? Keep reading to decipher how important it is to keep pets and people together.

Benefits Of Keeping Pets And Peoples Together

It’s known worldwide that every third Saturday of August is International Homeless Animals Day. A day for spreading awareness and providing solutions to the homeless pet population in the world.

In the United States, about 70 million dogs and cats are homeless, while about 200-600 million are worldwide. Only about 6.5 million of the 70 million homeless pets in the USA ever make it into a shelter for an opportunity for a decent life.

Possibly, many owners aren’t aware of the benefits attached to having their pets by their sides. Whether you are homeless or have a roof as a shelter, you can’t overemphasize the amount of solace you would derive from having your furry friends around you. Below are the benefits of keeping pets and people together:
1. Emotional Strength And Stability
Research has confirmed to us that humans, cats, and dogs secrete the love hormone – oxytocin. There’s an increase in oxytocin levels in cats and dogs after gazing into their owner’s eyes and vice versa.

Furthermore, playing with your pets stimulates the increased body level of serotonin and dopamine – hormones responsible for happiness and pleasure.

2. Psychological Benefits
Over the years, the human-animal bond has proved to have significant effects on psychological well-being. Sigmund Freud – an Austrian neurologist and psychoanalyst used his dogs, Jofi and Chow Chow, to provide animal-assisted therapy sessions with his clients.

Many hospitals and therapeutic providers today have a team of therapy dogs that are used for hospital patients and victims that have undergone major natural disasters.

In the past, Animal-assisted interventions (AAI) were used to cure psychological conditions like Autism, depression, ADHD, etc. For example, therapy dogs have been used to increase classroom attention and focus on children who suffer from Attention Deficit Hypersensitivity Disorder (ADHD).

3. Human-human friendship
Another advantage of keeping pets is that it naturally draws pet owners to one another. Research has shown that when you possess a dog, it’s easier to build friendships and get social support. Gatherings like dog parks are sites where people who are pet owners and enthusiasts can meet themselves and talk more about their furry friends.

Dr. June McNicholas – a research fellow at the Department of Psychology at the University of Warwick, tested and confirmed the theory of human-human friendship associated with pet owners. She spent five consecutive days with her dog and another five days without her furry friend, doing her normal daily expectations. She recorded a high rise in the number of times people talked to her while with her dog. The reverse is the case in those days without her dog – acquaintances, strangers, and friends stopped communicating with her.

This is to tell you how pets are revolutionizing our way of life.
4. Improve Longevity
Are you wondering how? In the research conducted on patients discharged from the coronary care unit, some patients who experienced companionship with their pets at home had a better survival rate and longevity than those that didn’t. Of course, with the health benefits pet ownership affords humans, no doubt it would have a significant impact on their survival and longevity.

5. Prevent Allergies in children
The more pets in the house, the less likelihood of a child developing an allergy later in life. This principle is in affirmation to a study done on babies living in homes with two or more pets (dogs and cats).

Conclusively, pets also benefit from living with humans. They are provided with feeding and other forms of welfare that are integral to their survival and health. However, pet owners, enthusiasts, carers, and trainers should desist from overfeeding their dogs to prevent an increased risk of obesity and other related ailments. It should be a routine to follow veterinary nutritional requirements for pets to avoid stories that touch. Pets also benefit from lower heart rates, improved mood, increased activity, and reduced stress while relating with humans.

"From one animal lover to another." 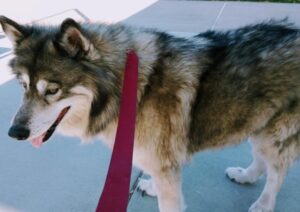 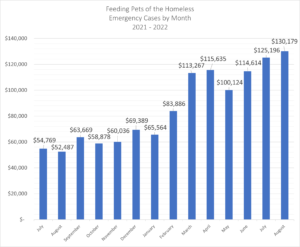